The ankle injury is the most common injury of volleyball players. This injury accounts for 30% of time-loss injuries and can result in significant “downtime” from volleyball.

Ankle sprains usually occur at the volleyball net when a player lands on the toot of an opponent or teammate after blocking or attacking. A primary prevention suggestion has been to change the center-line rule so any contact with the line would be considered a violation. In Norway, this rule was experimented with for several weeks. The study found a two-told decrease in ankle sprains; however, the experiment had to be abandoned because players fell that too many interruptions in play occurred. The authors suggested that avoiding any contact with the center line during practice would decrease ankle-sprain risk. It may also be reasonable to suggest this rule be used during warm-ups. Players should be aware that when they hit a ball and then duck under the net they are practicing for their next ankle sprain.

The most common risk situation is when an attacker broad jumps and lands across the center line, and the opposing blocker lands on his foot. These “problem attackers” can be coached to take a longer final approach step and jump up instead of forward. It is usually easy to convince attackers to do this, since this technique results in a higher jump and greater chance of winning the point.

Ankle sprains are much more likely to recur during the first year following an initial injury. Compared to an ankle with no prior injury, the risk of injury is fourfold greater for an ankle that has been previously sprained. A secondary prevention program is crucial in order to decrease this risk of re-injury.

A ten-week program of balancing and strength training for the foot and ankle has been shown to decrease the chance of recurrent ankle sprain. Ten minutes dairy of neuromuscular rehabilitation, such as balance board training, decreases the risk of ankle sprain to almost the same level as an ankle that has not been previously injured. These programs can be designed by a sports medicine physician, certified athletic trainer or physical therapist. Finally, the use of ankle braces and taping have been widely investigated. Taping and bracing seem to increase proprioceptive awareness in the ankle joint, and these effects seem to be limited to athletes with previous injury. Stirrup braces, such as the Active Ankle, have the best data to support their use in decreasing the chance of recurrence of injury, especially during the first year after a sprain.

Do the right training and invest in taping and bracing to prevent your ankle injures otherwise their is a (even small) chance that your career will finish and the gambling with your ankles will bring you more harm than gambling in Vegas Palms online casino.

Remember that without healthy ankles there is no chance to play good volleyball and I bet you want to play good. 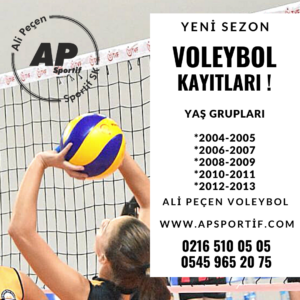